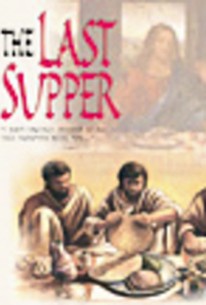 In this independently produced, short, meandering, plot-deprived, experimental, improvisational film, apparently intended as avant-garde fare, a group of pretentious white intellectuals gather at a vacant lot in Harlem for a party for a non-appearing guest of honor, a writer. In addition to the guests' vacant chatter, the film shows the black neighbors' reaction to this unusual neighborhood entertainment.

There are no critic reviews yet for Last Supper. Keep checking Rotten Tomatoes for updates!

There are no featured reviews for Last Supper at this time.