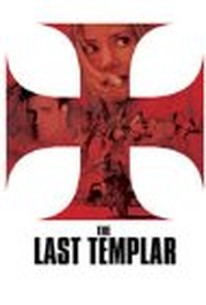 A Manhattan archeologist teams with an FBI agent to uncover the buried secrets of the legendary Knights Templar in this romantic adventure mini-series starring Mira Sorvino and Scott Foley. Based on Raymond Khoury's international bestseller, The Last Templar opens in 1921, as Sultan's army burns the city of Acre to the ground. The Latin Kingdom's reign has come to a close. All that's left of its legacy is a single galley, which drifts out to sea carrying young Templar Knight Martin of Carmax, his mentor Aimard of Villiers, and an enigmatic chest entrusted to the pair by the order's dying Grand Master. Flash forward to present-day New York City, where a gala is being held to celebrate the opening of an exhibition of Vatican treasures at the Metropolitan Museum. As the upper crust of Manhattan society marvel at the priceless treasures, four men dressed as Templar Knights storm into the museum on horseback, sending the crowd into mass chaos. Amidst all the confusion, archeologist Tess Chaykin (Sorvino) watches in horror as the leader of the horsemen steals a mysterious geared device from the exhibit before disappearing into Central Park. Later, as the horsemen begin turning up dead, Tess and FBI Agent Sean Daley (Foley) realize the importance of the device and learn the dark history of the last living Templars' fateful journey at sea. Now, in order to solve a mystery centuries in the making, Tess and Agent Daley will embark on a journey that leads them from the sewers and cemeteries of Manhattan to the desolate Turkish highlands and onto a remote Greek Island, where one of the Vatican's best-kept secrets will be revealed right before their very eyes. ~ Jason Buchanan, Rovi

There are no critic reviews yet for Last Templar. Keep checking Rotten Tomatoes for updates!

I presume this is a TV movie. It always shows as Part 1 and Part 2 - two hours each - usually not back-to-back. Although I enjoy archaeological movies - especially about the Templars, this one is really hokey. So many impossible coincidences -- and relic hunter, Mira Sorvino just doesn't feel like a female Indiana Jones to me.

This is a very long movie, made for TV serial type Movie. I was disappointed with it, nothing more then a Females Version of Indiana Jones. It has plenty of action, enjoyable for the under 18 crowd I would say. 3 stars.

Mira Sorvino's character is unrealistically like a female Indiana Jones, jousting from the back of a mounted-policeman's steed, overpowering 3 hoods and performing various other unlikely feats of daring-do. It's devoid of mystery, drama or intrigue and too reminiscent of most dull network movies of the past decade.