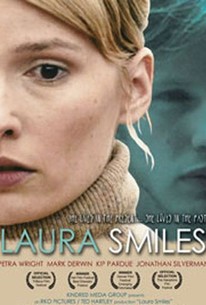 A woman haunted by the untimely death of her former fiancée attempts to ease her psychic suffering by marrying another man and living the idealistic suburban life in director Jason Ruscio's vivid existential drama. Laura (Petra Wright) was in her mid-twenties when her fiancée Chris (Kip Pardue) was stricken down by a taxi in the streets of Manhattan. Flash forward nine years and Laura has remarried and given birth to a child, yet the pain of her past prompts her to embark into a series of promiscuous and self-destructive extramarital affairs. Having never truly dealt with the death of Chris, Laura seeks out the aid of a therapist as the memories come flooding back accompanied by a tidal wave of grief-stricken emotion. Her mind slowly consumed by tragedy and her fragile psyche finally shattered by her failed attempts to seek solace in the comforts of her past, Laura's affair with her husband's best friend Paul finds her harrowing journey careening to a dangerous and unpredictable end.

Stephen Sowan
as Billy the Clerk

Scott Chernoff
as Actor in Play

Arman Hammer
as Waiter
View All

Ms. Wright and all her acting colleagues provide very persuasive performances amid the shifting perspectives of Mr. Ruscio's convoluted storytelling.

Ruscio would rather add forced narrative complications than get to the actual core of what he's tossing out there, the sacrifices made in the name of relationships, dreams dashed or discarded.

The movie Little Children wanted to be.

Could have used much more of the sly and subtle humor that only occasionally pops up.

Part domestic drama, part thriller, Laura Smiles is so ambitious that its ultimate failure is more depressing than anything in its dark script.

Ruscio's script is grim and darkly funny, but the big attraction is Wright's right-on performance. She's an actress waiting to be discovered.

It casts an increasingly hypnotic spell, thanks in no small measure to Wright - a fearless actress (and the real-life wife of writer-director Ruscio) who brings this sometimes despicable, often heartbreaking character to life with every atom of her being.

The film hardly registers as an open-wound document of a spirit more lost than she cares to confront. Instead, Laura Smiles exists somewhere in the middle, frozen by its pretension and incapacity to engage.

The film unfortunately ends as just another misguided indie, artily straining for substance.

Unlike many filmmakers who try to stake out the gray area between mundane reality and sleazy surreality, Ruscio maintains a successful balance throughout and gracefully brings the two together in a delicately ambiguous final scene.

It's an interesting profile in self-destruction until the script becomes unhinged itself and has Laura doing things that are not so much outrageous as hilariously stupid.

Laura Smiles teaches us that you can't escape misery, least of all in Jersey.