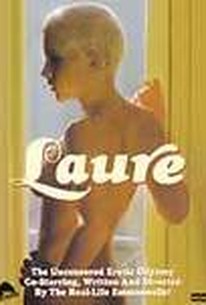 This Italian-French co-production is not technically an "Emmanuelle" film, even though it stars that series' inspiration, Emmanuelle Arsan, and was based on one of her stories. Instead, this soft-core jungle adventure focuses on Laure (Annie Belle from La Casa Sperduta nel Parco), a priest's daughter who joins Orso Maria Guerrini's expedition to the Philippines to study the Mara tribe's rebirth ritual. What she studies instead are the male and female anatomies of her cohorts, including anthropologist Arsan and filmmaker Pier Luigi Conti, appearing under his usual pseudonym, Al Cliver. Cinematographer Roberto d'Ettore Piazzoli had worked with director Ovidio G. Assonitis the year before on the Exorcist rip-off Behind the Door, starring Piazzoli's wife Juliet Mills, . ~ Robert Firsching, Rovi

There are no critic reviews yet for Forever Emmanuelle (Laure). Keep checking Rotten Tomatoes for updates!

There are no featured audience reviews yet. Click the link below to see what others say about Forever Emmanuelle (Laure)!