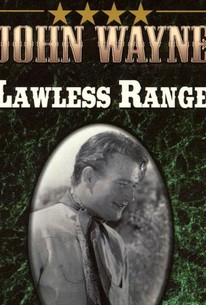 The fourth of John Wayne's starring westerns for Republic, Lawless Range was actually a carry-over from Wayne's Monogram "Lone Star" series, withheld from release for nearly a year. Big John is cast as government agent John Middleton, who goes undercover to get the goods on a gang of cattle rustlers. The head of the criminals is "respectable" banker Carter (Frank McGlynn Jr.), who hopes to drive off all the cattlemen in order to lay claim to a gold mine. Sheila Manners, a frequent Wayne leading lady, has practically nothing to do in this one. On the other hand, John Wayne does get to sing.

There are no critic reviews yet for Lawless Range. Keep checking Rotten Tomatoes for updates!

There are no featured reviews for Lawless Range at this time.