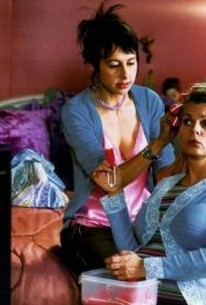 French actress Isabelle Nanty, known in the States as Georgette the cigarette girl in Amélie, makes her debut as a writer/director with the lighthearted comedy Le Bison (et sa voisine Dorine). Nanty also stars in the leading role as Dorine, a frumpy working mother complete with pink foam curlers in her hair. Extremely pregnant, she struggles as a concierge to support the four children she already has. Right before her fifth one is born, her husband leaves her. She then gets involved in an unlikely romance with her selfish neighbor Louis Le Bison (Edouard Baer), who turns out to be a nice guy when she goes into labor.

There are no critic reviews yet for Le Bison. Keep checking Rotten Tomatoes for updates!

There are no featured reviews for Le Bison at this time.