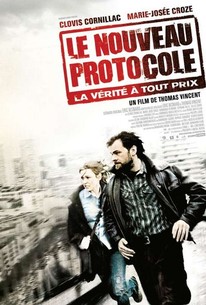 A man who has lost his only child will stop at nothing to bring the men responsible for the death to justice in this taut thriller from France. Raoul Kraft (Clovis Cornillac) is a hard-bitten loner who works as a lumberjack in a woodland community and after a hard day of felling trees prefers to spend his evenings in solitude. Raoul was never a good prospect for a happy long-term relationship, and his only marriage ended in divorce, but he loves his son, who is now college age. When Raoul's son dies under mysterious circumstances, he's crushed, and his despair turns to anger when activist Diane (Marie-Josee Croze) tells Raoul his son died while undergoing an experimental drug testing program for a leading pharmaceutical firm. Enraged that corporate malfeasance and irresponsibility has taken his son from him, Raoul sets out to find out who runs the company in question and make them pay for their misdeeds. However, in time it becomes evident that Diane's information may not be as reliable as she's led Raoul to believe. Le Nouveau Protocole (aka The New Protocol) also stars Stephane Hillel and Dominique Reymond. ~ Mark Deming, Rovi

There are no critic reviews yet for Le Nouveau Protocole (The New Protocol). Keep checking Rotten Tomatoes for updates!

There are no featured reviews for Le Nouveau Protocole (The New Protocol) at this time.