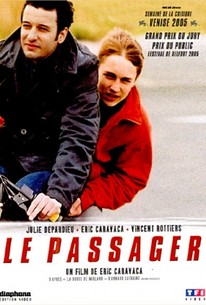 Thomas has just been informed that his brother, Richard, has died. It has been some years since he saw him last. He leaves Paris and goes to Marseille to identify the body, gathers up his brother's things, and then heads for his native town. Shortly after arriving, he returns to his childhood home, but doesn't linger there. He rents a room in a hotel on the outskirts. There's no one about, except for Jeanne, the hotel owner, Lucas, a teenager she's taken in, and Joseph, an elderly mechanic. They all knew Richard well. Thomas decides not to reveal his true identity to them..

There are no critic reviews yet for Le Passager (The Passenger). Keep checking Rotten Tomatoes for updates!

There are no featured reviews for Le Passager (The Passenger) at this time.