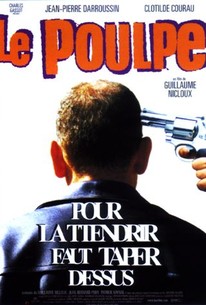 Gillaume Nicloux directed this French comedy drama about amateur sleuth Gabriel Lecouvreur, aka The Octopus (Jean-Pierre Darroussin), a Gallic gumshoe with no fixed address, who travels with his girlfriend Cheryl (Clotilde Courau) to a harbor town in western France. The graves of Cheryl's grandparents have been desecrated, and during their investigation of this, they encounter a half-dozen demented denizens and other looney locals. More than 100 paperbacks by different writers have chronicled The Octopus' adventures; this is the first film featuring the character. ~ Bhob Stewart, Rovi

There are no critic reviews yet for Le Poulpe. Keep checking Rotten Tomatoes for updates!

There are no featured reviews for Le Poulpe at this time.