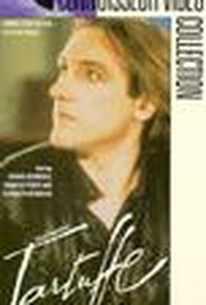 Gérard Depardieu's version of Tartuffe brings no innovative cinematic flair to the story of an outrageous and daring imposter who passes himself off as a haughty, pious priest (Tartuffe, also played by Depardieu), in order to gain access to the fortune and properties - and daughter - of the gullible merchant Orgon (François Périer). Molière's play was equally daring for its time, and was actually banned for five years until he adjusted the ending to give Tartuffe his come-uppance, and placate the French clergy in the process. Depardieu should have taken the lead of Molière, when he took the lead of this film, and displayed more creative bravado at the helm. ~ Eleanor Mannikka, Rovi

There are no critic reviews yet for Le Tartuffe. Keep checking Rotten Tomatoes for updates!

There are no featured reviews for Le Tartuffe at this time.