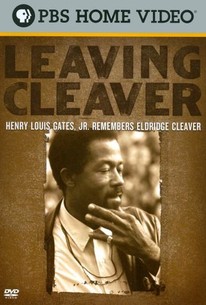 Perhaps no major figure of the 1960s led a more complex or controversial life than onetime Black Panther Minister of Information Eldridge Cleaver. A revolutionary initially famous for his prison memoir Black Ice (in which he horrifyingly advocated rape as a form of insurrection), Cleaver also wielded behavior including assault, theft, and drug-pushing, and openly advocated mass murder in his political rallies. Yet somehow, Cleaver won fame as an astute voice of the period, and for many years evaded doing time. He then dramatically reinvented himself in the 1980s as a right-wing Republican, born-again Christian and staunch Reaganite, before lapsing into an ugly bout of cocaine addiction and then dying a quiet death, from prostate cancer, in 1998. In 1997, Cleaver consented to an interview with Henry Louis Gates, Jr. for a discussion of his life and career as a social activist, and his role as a civil rights crusader. The documentary Leaving Cleaver tells Cleaver's life story, drawing from extracts of the Gates interview, period footage of Cleaver in action and commentary from Cleaver's wife Kathleen.

There are no critic reviews yet for Leaving Cleaver. Keep checking Rotten Tomatoes for updates!

There are no featured reviews for Leaving Cleaver at this time.