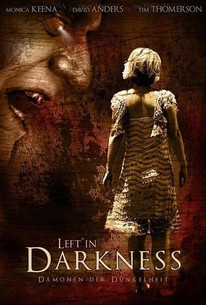 A life forged in tragedy leads to an afterlife filled with darkness as a young girl journeys through purgatory in search of salvation in director Stephen J. Cannell's supernatural tale of terror. Celia (Monica Keena)'s mother died during childbirth, and her father disappeared shortly thereafter. Though her grandparents raised the young girl to their best of their abilities, Celia's grim fate was sealed as soon as she exited the womb. Drugged, raped, and killed by an accidental overdose on the night of her twenty-first birthday, Celia is about to discover that death is only the beginning for the unfortunate souls who neglected to seek salvation in life. Now Celia is trapped in a menacing netherworld land somewhere between salvation and damnation, and in order to reach the light she's going to have to make her way through a world populated by the demonic Soul Eaters and malevolent entities. As the spirit of her recently deceased grandfather (Tim Thomerson) attempts to lure her into an infernal underworld and her guardian angel (David Anders) tries to lead her safely to the other side, Celia will be forced to make a decision that will ultimately define the fate of her eternal soul.

Critic Reviews for Left in Darkness

Left in Darkness is recommended-only barely, but it does deserve credit for avoiding CGI and not going with the usual [insert your own: evil videogame / J-ghost / haunted cellphone / frat party slasher] teen horror story clichés.

Audience Reviews for Left in Darkness

It was playing on the scifi channel one weekend and I got into it about half way through. Not as bad as you might expect (or at least the half I saw).