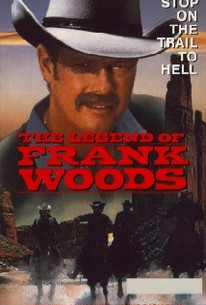 The Legend of Frank Woods Photos

A quick-shot rifleman with a tragic past seeks refuge in a God-fearing Arizona town, only to discover that there's no running from the way of the gun in directors Hagen Smith andRichard Robinson's bullet-riddled Western. It was self-defense when Frank Woods killed three drunken hoodlums in a moment of desperation, but he knows as well as anyone else that he'll be heading for the hangman's noose if the law catches on to him. Though the citizens of the small religious town to which Frank has relocated welcome the even-handed newcomer and his commendable quest to clean the town of corruption, the criminal element doesn't take kindly to his presence and soon sets out to bring Frank down once and for all. Once again backed into a corner from which the only escape is to start shooting and pray that luck is still on his side, Frank fights for his life the only way he knows how -- with plenty of gunpowder and a fistful of bullets.

Timothy Scott
as The Gambler

Jim Davis
as Deputy
View All

Critic Reviews for The Legend of Frank Woods

There are no critic reviews yet for The Legend of Frank Woods. Keep checking Rotten Tomatoes for updates!

There are no featured reviews for The Legend of Frank Woods at this time.

The Legend of Frank Woods Quotes