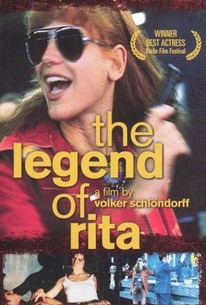 Noted German director Volker Schlondorff helms this riveting exploration of 1970s West German political terrorism. The film opens with Rita (Bibiana Beglau) reminiscing to her unseen friend Tatjana of her life as a radical. Cut to a flashback of her along with her like-minded colleagues robbing a bank. Later while traveling from Beirut to East Berlin, she is carted away for questioning. When the interrogators learn of Rita's vocation, Stasi officer Erwin (Martin Wuttke) releases her and tells her to consult him if she needs help. After she botches the breakout of her boyfriend Andi (Harald Schrott from a West Berlin jail, she calls on her Stasi contact to protect the gang and provide safe passage to Beirut and later to Paris. Tension between the group members -- particularly between Andi and Rita -- soon grow strained. After Rita almost gets arrested for killing a cop, she turns to Erwin, who comes up with a different offer. Rita will stay in East Germany as a working proletarian under an assumed name. While in East Berlin, she befriends Tatjana (Nadja Uhl) who soon becomes her lover. This film was screened at the 2000 Berlin Film Festival.

Dietrich Körner
as The General
View All

The Legend of Rita doesn't adopt a simplistic political view. It's not propaganda for either side, but the story of how the division and reunification of Germany swept individual lives away indifferently in its tide.

The film could have been an insightful examination of the East/West divide that kept Germany apart for almost half a century. Instead, the film's early potential slows to a halt, and the predictable machine of melodrama takes over..."

Excellent performances by lead actors Beglau and Martin Wuttke...as well as an unforgettable performance by Nadja Uhl...humanize the unfamiliar internal politics of Germany.

But there's the problem with character's past...that Baglau portrays Rita as a sweet young thing is just disconcerting.

"The Legend of Rita" works on many levels - as a character study, a political and historical document and a contrast of East and West.

There are no featured audience reviews yet. Click the link below to see what others say about Die Stille nach dem Schuß (The Legend of Rita) (The Legends of Rita)!