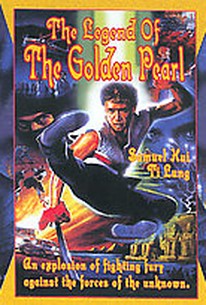 An daring explorer, archeologist, and martial arts master sets out to locate a priceless pearl for a wealthy but mysterious recluse in a high flying Hong Kong adventure film starring Sam Hui. Philip Wisely (Hui) has traveled the world, but these days he's working for Howard Hope, an eccentric millionaire who has scoured the globe in search of the Golden Pearl; an ancient opal that is said to possess extraordinary powers. When Wisely learns that his childhood friend David has discovered the location of the pearl, he sets out to Nepal on a journey to an ancient monastery known as the Temple of Caves. The quest certainly isn't going to be an easy one though, because according to legend the pearl is guarded by both a fierce enclave of fighting monks and a five-year-old Buddhist master with fearsome telekinetic powers. Old bonds are tested when David steals the pearl for a dangerous Honk Kong criminal underworld figure, and Wisely realizes that that he will be forced to fight not to acquire the pearl, but instead to return it to its rightful place. ~ Jason Buchanan, Rovi

Critic Reviews for Legend Of The Golden Pearl

There are no critic reviews yet for Legend Of The Golden Pearl. Keep checking Rotten Tomatoes for updates!

There are no featured reviews for Legend Of The Golden Pearl at this time.

Legend Of The Golden Pearl Quotes