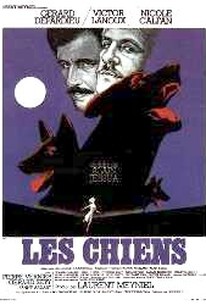 In a sterile housing development, newly arrived Dr. Ferret (Victor Lanoux) becomes aware that nearly everyone in his community has purchased attack dogs from Morel (Gerard Depardieu), to protect themselves from what they perceive to be a disastrous crime wave. The presence of these growling menaces becomes increasingly nightmarish to the sensitive doctor. When the dogs are implicated in a number of attacks on minority citizens and the poor, a riot breaks out which truly threatens the lives of those involved.

There are no critic reviews yet for Les Chiens. Keep checking Rotten Tomatoes for updates!

There are no featured reviews for Les Chiens at this time.