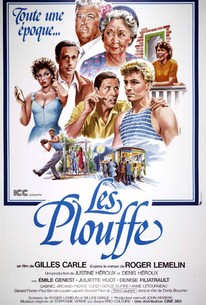 The Plouffe Family, aka Les Plouffe, is a Canadian assault to the kidneys directed by Quebec's "critic's darling" Gilles Carle. The film covers seven years (1938 through 1945) in the lives of the French/Canadian Plouffe clan. Emile Genest is the one "name" player in this phlegmatic character study. Like to try this one on for size? Be warned: it runs (or crawls) 180 minutes. ~ Hal Erickson, Rovi

There are no critic reviews yet for Les Plouffe (The Plouffe Family). Keep checking Rotten Tomatoes for updates!

There are no featured reviews for Les Plouffe (The Plouffe Family) at this time.