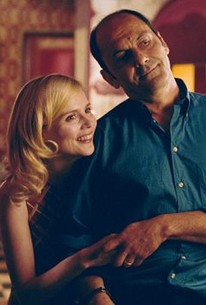 Two seemingly happily married French couples are forced to contend with a number of issues in director Noemie Lvovsky's 2003 marriage comedy drama Les Sentiments. Nearing the end of his career, small-town doctor Jacques (Jean-Pierre Bacri) and his wife Carole (Nathalie Baye) are relatively content with their lives and marriage. When Francois (Melvil Poupaud) -- the new doctor taking over Jacques' practice -- and his young bride Edith (Isabelle Carré) move in next door, Jacques and Carole are ecstatic when they learn that the newcomers have a lot in common with them. While both the men and women bond with each other, Jacques also begins to take a sexual interest in Edith that she is all too willing to indulge. As their affair quickly ignites, both Jacques and Edith find their respective outlooks on life have been renewed while they also deludedly hold on to the notion that they can successfully pull off their affair without causing damage to their marriages. Les Sentiments was included in the programs for the 2003 Venice International Film Festival and the Toronto International Film Festival.

There are no critic reviews yet for Les Sentiments. Keep checking Rotten Tomatoes for updates!

There are no featured reviews for Les Sentiments at this time.