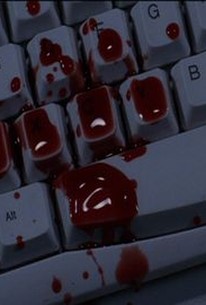 This slick chiller with impressive special effects is spiced up by a scarily good performance from Melanie Brown, once known as Scary Spice of the Spice Girls. She's part of a group of animal-rights activists trying to spring a colleague from jail, where he's being used as an experimental guinea pig. The cast also features Katharine Towne, the daughter of screenwriter Robert Towne. Ross McCall, Tom Hardy, Leo Bill, Toby Fisher.

Tania Emery
as Jenny
View All

It could have worked with a bit more of a creative story and some much snappier dialogue. As it stands, it's just another bottom-feeder in an ocean of genre mediocrity.

this was suspenseful never heard of it before I think I saw it on Netflix when you add a movie & suggestions for that genre come up. Not something new but I had a laugh as soon as I heard one of their voices.. SPICE GIRL Mel B is in it! but I rented it because Tom Hardy is in it. C+

In an attempt to familiarize myself with the works of one of my "new" favorite actors (Tom Hardy) I watched this film hoping for the best to spite the presence of Melanie (scary Spice) Brown. This is a very intresting premise, that is poorly developed and horribly written. Though the cast does a pretty good job of making it work...at least as much as possible. Tom Hardy is great and even Mel B wasn't half bad. But it was the performance of Katharine Towne that stood out for me. While I wouldn't go out of my way to see it...I wouldn't avoid it if you are a fan of Sci-Fi / Horror or of any of the actors involved.