Letters to Santa: A Muppets Christmas2008

Letters to Santa: A Muppets Christmas (2008) 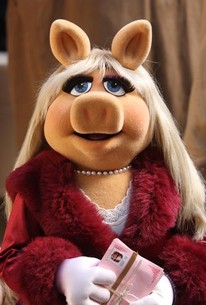 The Muppets meet mayhem once again after accidentally intercepting three letters en route to the North Pole. Before long, the Muppet gang has put aside their own holiday vacation plans and set off to find Santa Claus in hopes of putting the letters in the hands they were intended for before it's too late. Among the guest stars are Whoopi Goldberg, Richard Griffiths, Jane Krakowski, Uma Thurman, Nathan Lane, and New York City Mayor Michael Bloomberg.

Critic Reviews for Letters to Santa: A Muppets Christmas

...a charming Christmas special that kids will enjoy while parents get the jokes that fly over their heads.

...an entirely needless piece of work...

The Muppets are back in near-top form this outing, buoyed by the energetic performances of their human special guest stars.

Letters to Santa may not be the grand return Muppet fans have wanted for years, but it's a nice first step.

Audience Reviews for Letters to Santa: A Muppets Christmas

The Muppets are back for another holiday special in A Muppets Christmas: Letters to Santa. When a mishap at the post office causes several letters to Santa to go undelivered, Gonzo, Fozzie, and Kermit take it upon themselves to deliver the letters to the North Pole. As usual there are a number of enjoyable celebrity guest cameos,including Whoopi Goldberg, Jane Krakowski, Nathan Lane, and Uma Thurman. The musical numbers however, are a bit underwhelming and not quite up to the usual Muppets standard. But the Muppets are still able to bring the comedy, and deliver a lot of fun and amusing sketches. While the Muppets may not be in top form, A Muppets Christmas: Letters to Santa is still an entertaining and amusing adventure with heart.

This pales in comparison to my favorite Muppet's movie - A Christmas Carol, but it was still a light and fun Christmas movie to watch. A lot of adult humor to make it interesting!

Short movie about the muppets travelling to the north pole to deliver letters to Santa. All the favourite muppets are there. A few celebrities too eg Whoopi Goldberg, Uma Thurman.

With Brian Henson having sold to Disney, it's no surprise that The Muppets are becoming a bit more sugary. Luckily, they still have all their traits, even if the humour isn't quite as strong. I was also unable to distinguish between Oz's voice and his replacement, so that didn't become a distraction until afterwards. Letters to Santa starts as a big Hurrah for the American postal service, and then becomes a bit sappy. There's still plenty of jokes, most of which work, and the cameos are a real treat. Nathan Lane and Bobo the Bear work great as a comedy duo. It's really only 45 minutes long and the rest is taken up with outtakes. These outtakes are the highlight of the film, as you see the real genius of the puppeteers. When they mess up, they don't just throw the character out the window or leave the puppet lifeless, they act out their goof AS the puppet. More of this kind of talent needed to be displayed in the film itself. A fair enough Muppets Christmas special.