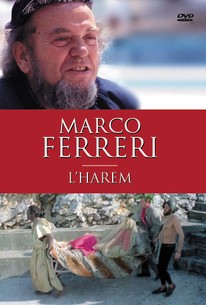 L'harem (Her Harem) (The Harem) Photos

This satirical comedy illustrates that women are just as likely to succumb to the pleasures of the flesh as their male counterparts. Carol Baker enjoys a series of unashamed romantic romps with three different men. She tells her story to a homosexual male friend and a six-month-old cheetah when she is not enjoining the benefits of her harem. Her cozy arrangement is upset quickly when the men in her life get together and decide to take charge of their situation. Its slight nudity marked this film as an "exploitationer," but those seeking pornographic titillation will be disappointed, as the story is its main focus.

Critic Reviews for L'harem (Her Harem) (The Harem)

The filmmaker Marco Ferreri is too concerned with morality... In occasions, one could say that that morality wears out the story and the characters, turning them into shadows of themselves. [Full Review in Spanish]

There are no featured reviews for L'harem (Her Harem) (The Harem) at this time.

L'harem (Her Harem) (The Harem) Quotes