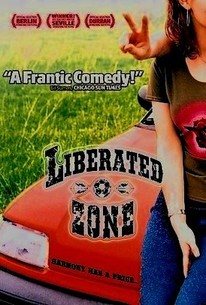 A financially devastated German town receives an encouraging boost with the arrival of a popular soccer star, though a heated love triangle threatens to overshadow the good vibes in this sexually liberated comedy from filmmaker Norbert Baumgarten. The arrival of soccer superstar Blondi has brought a wind of rejuvenation to the downtrodden eastern German town, but as the championship game draws near, the soccer team president's son, Micah, threatens his relationship with longtime girlfriend Sylvia by sleeping with her best friend. Incensed at her boyfriend's infidelity, Sylvia seduces Blondi on the eve of the championship game, leaving the whole town wondering just what has happened to their newfound lucky charm. ~ Jason Buchanan, Rovi

There are no critic reviews yet for Liberated Zone. Keep checking Rotten Tomatoes for updates!

There are no featured reviews for Liberated Zone at this time.