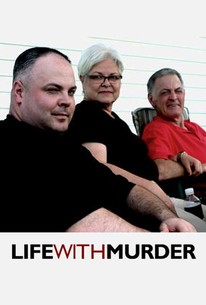 In January 1998, 18-year-old Jennifer Jenkins was found dead in the home she shared with her family in Chatham, Ontario, killed by five gunshots. The bloody crime shocked the community, and people were even more startled when police arrested Jennifer's 20-year-old brother Mason Jenkins in connection with the slaying. Mason was found guilty of First Degree Murder and is currently serving a life sentence in an Ontario prison, but Mason has always insisted that he's innocent, and his parents, Brian and Leslie Jenkins, have fearlessly stood by him despite the wealth of evidence against him and the anger of other family members and friends; as Leslie puts it, "He's my kid. You don't throw a kid away." But while Brian and Leslie have done whatever they can to support their son, they've also avoided facing the realities of their daughter's murder and looking too closely at the evidence of what happened that January evening. Filmmaker John Kastner explores the relationship between Brian and Leslie Jenkins and their son -- one that's full of love but also skirts the facts that their situation is far from ordinary -- in the documentary Life With Murder; Kastner also weighs the evidence and attempts to answer the questions about who really killed Jennifer and why. Life With Murder was an official selection at the 2010 Hot Docs International Documentary Film Festival.

Critic Reviews for Life with Murder

[It] implants us with haunting images of inscrutable horror-the enigma from hell who lurks next door.

Audience Reviews for Life with Murder

At times the viewer feels too involved in a very private situation but it makes the strains and horror of the full picture as it is revealed all the more gripping.