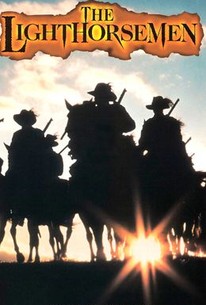 Four gallant men of the Australian Light Horse Regiment are thrust into the last great cavalry charge when the British campaign in Palestine becomes stalemated in 1917. In a desperate attempt to aid the Allies' cause, 800 young Australian horsemen set off against gunfire and insurmountable odds in a last ditch attempt to save the attacking British soldiers from imminent annihilation by the Turco-German Army.

Michael Kitscke
as Trooper at Ruins

Critic Reviews for The Lighthorsemen

This time the sequence lasted 14 minutes and is even more breathtaking. Every element of this sequence - the horsemanship, the photography by Dean Semler, the editing by Adrian Carr - is praiseworthy...

Unfortunately, despite all of the other briefings and countless subtitles identifying various general's headquarters, I was disoriented almost all the way through the movie.

Powerful Australian war-classic with a bevy of great performances

A solid war film that builds to a riveting climax.

There are no featured reviews for The Lighthorsemen at this time.