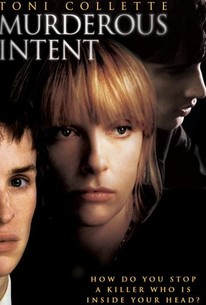 A murder lifts the lid on some disturbing actions among the pupils at a well-respected school in this drama. Nigel (Tom Sturridge), a student at an exclusive British private school, has been found murdered, and police detective McKenzie (Richard Roxburgh) has been assigned to investigate. Alex Forbes (Eddie Redmayne), one of Nigel's classmates who was known to have little fondness for him, is a prime suspect and has been brought in for questioning; however, he refuses to cooperate, and Sally Rowe (Toni Collette), a forensic psychiatrist working with the police, is brought in to talk to the boy. While Alex is initially no more helpful with Sally, in time she's able to find cracks in his resistance, and he begins to discuss his interest in the Knights Templar, a medieval Christian military order. As Alex shares his belief that the benefits of some actions can outweigh their wrongs, Sally learns more about the boy, and her research turns up some surprising facts - Nigel believed both he and Alex were descended from members of the Knights Templar, they may have been responsible for the death of a schoolmate in the interest of gaining mystical powers, and Alex's father (Patrick Malahide), also the headmaster at the school, has some troubling secrets of his own. Like Minds was the first feature film from writer and director Gregory J. Read.

Patrick Malahide
as Headmaster
View All

Armed with more imagination than most thrillers with teen protags, Oz-U.K. co-prod Like Minds is an intriguing whodunit centered on two privileged British schoolboys with an unhealthy interest in the Knights Templar.

For about 20 minutes, this psychological thriller seems to know what it's doing.

Quite, quite ludicrous in every way.

It's good stuff from Redmayne, but the plot unravels into muddle and absurdity.

If great minds think alike, they'll be giving this one a miss.

Toni Collette must have owed the director quite a favour.

The type of film that will be looked back on as a notable starting point for its young star, Like Minds is a perfect showcase for his talent, but less so for writer-director Read, who allows the script to career out of control in the second half.

Alex (Eddie Redmayne), a seventeen-year-old student at an elite English boarding school, is accused of shooting a fellow student, Nigel (Tom Sturridge). The arresting officer Martin (Richard Roxburgh) believes Alex is a psychopath and engages a forensic psychologist (Toni Collette) to determine the student's culpability in the hopes of getting a confession from him but she soon finds herself embroiled in a bizarre plot that involves an ancient and powerful secret society known as the ?Templar Knights? and we realize that there is more to Nigel's death than the gunshot incident.

Not your usual kind of murder mystery, it was a little slow moving, but really had depth to it and was really an interesting story, in an ?Inspector Morse? style investigation. An impressive performance from Toni Collette (who just seems to get better and better) and Eddie Redmayne who really gave the character substance. Overall, a really enjoyable watch, let down slightly by an anti-climax ending.

Smart. and a compelling performance from Redmayne, but overall a bit standard, bit predictable, slightly unsatisfying.

Strange and creepy puzzler in this Aussie psychological film.