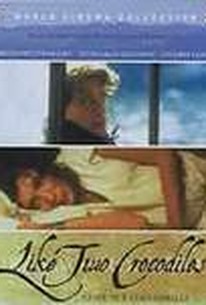 A successful Italian man living in Paris returns to Italy to exact financial revenge upon his cruel half-brothers in this Italian-French drama. Gabriele now runs a successful antique appraisal company in Paris. He lives in a fine, automated apartment which his lover Claire compares to an impenetrable box. Gabriele is haunted by his troubled youth, which is presented through flashbacks. He and his baby brother Martino were bastards. Their father was the wealthy Giancarlo Giannini who already had a family. After Gabriele's feisty and independent mother died, he and his brother were taken into their father's home. Though living in luxury's lap, the now adolescent Gabriele was mistreated by his two hateful half-brothers. He eventually ran away from that house. This is the motive behind his revenge. But to get it he must return home and therefore, must face his past. ~ Sandra Brennan, Rovi

Critic Reviews for Like Two Crocodiles (Come due coccodrilli)

There are no critic reviews yet for Like Two Crocodiles (Come due coccodrilli). Keep checking Rotten Tomatoes for updates!

There are no featured reviews for Like Two Crocodiles (Come due coccodrilli) at this time.