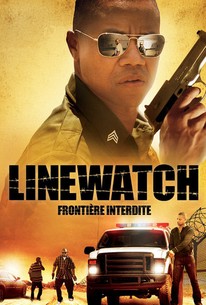 A former gang member discovers that escaping the past isn't as easy as getting a new job and leaving the old neighborhood behind in this thriller starring Cuba Gooding, Jr., Omari Hardwick, and Chris Browning. Michael Dixon (Gooding, Jr.) used to be a hardcore Los Angeles gang-banger, but these days he wears a badge rather than sporting colors. A respected U.S. border patrol officer in New Mexico, Dixon has somehow managed the rare feat of leaving the thug life behind and starting a family. But Dixon's psychotic former gang leader Drake (Hardwick) is none to happy at having lost one of his best men, and when a chance encounter leads him right to Dixon's door the stage is set for an explosive confrontation. Now, in order to protect his family, Dixon will be forced to put down his badge, and once again operate outside of the law. Walking Tall director Kevin Bray takes the helm for a revenge thriller also featuring Evan Ross and Sharon Leal.

Francisco A. Fernandez
as Juan

There are no critic reviews yet for Linewatch. Keep checking Rotten Tomatoes for updates!

Finally a movie that Cuba Gooding Jr. was in that I actually enjoyed.I liked the storyline but since Cuba was in it I expected to hate it from the start.I was REALLY suprised that I enjoyed it from beginning to end

Decent modern western/drama [Straight-To-DVD] about a Border Patrol Officer whose past as a gangster catches up with him. Good cinematography. Good performances by Cuba Gooding Jr., Omari Hardwick, and Evan Ross. Decent performance by Sharon Leal and Dean Norris. It was a bit slow in the beginning but as it progressed it got more entertaining. The ending could have been better, it was kind of predictable but it was realistic. Overall it's a solid film, with better writing and a bigger budget [which would have allowed for the casting of a better supporting cast...not to mention a score] it would have been a lot better. Cuba Gooding Jr. is still a great actor; he just needs more big screen roles for people to really appreciate him more.

Totally boring and tedious. This movie is not adrenaline-filling, not twisted with a complex plot, action scenes don't even give the satisfaction to watch, and the characters are not that interesting to care about. It's just watchable enough if you're already bored and have nothing else to do.