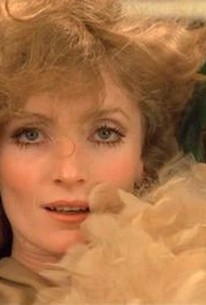 A female producer (Susan Clarke) is hounded by studio executives to the point she considers suicide in this improvisational film. Television segments of recent political assassinations are shown to parallel the death of artistic freedom. Viva, Eddie Constantine and Peter Bogdonavich also appear in this symbolic feature of creative control and executive ignorance.

Richard Bright
as Billy the Kid

More than a time capsule of events and moods-it's a living aesthetic model for revolutionary times.

The result is a pleasant, sometimes humorous blend of style and technique that ultimately is unsuccessful.

A film bedevilled by its intellectualism.

There is so much that is so pleasant in Lions Love that I wish Miss Varda hadn't tried to give it a larger significance.

In Lion's Love Agnes Varda goes from the intellectual coldness of the French school to the dull, cold films of Warhol.

Although conceptually interesting, it ultimately disappoints by failing to deal with the things it purports to be about, such as what it's like to be an actor in Hollywood today.

The interrelation of themes, the weaving back and forth between acting and actuality, is fascinating. And that strong sense of the ambience of Los Angeles.

Nothing great emerges, but the free-form drama has many loopy moments and is very funny.

Varda's use of the camera and natural light is fresh and original.

Varda's film teeters on the edge of total absurdity, running roughshod over cinematic conventions of all kinds while retaining a lucid outsider's perspective on its milieu.

The Design for Living hippiness saunters on, cramming in zeitgeist, Le Bonheur triangulation, and whoever happened to be on the set

The film is... so packed to bursting with loopy, quotable lines, you may have trouble deciding which is your favorite.

Varda seems to be trying to make an improvisational meta-Warhol experiment or perhaps a hippie homage to Hollywood (who knows?), but the result, despite mildly pleasant, is in fact a bit pretentious, and the main trio become pretty annoying and dull after a while.