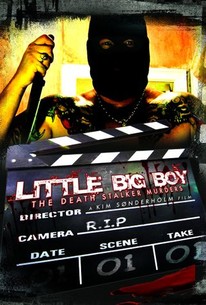 A celebrated horror director experiences a psychotic break on the set of his latest masterpiece when his lead actress departs in the middle of the production. Horror auteur Jimmy Duncan has a notoriously bad temper. Some say it's the result of seeing his mother brutally murdered when he was just a young boy. Subsequently raised in an orphanage, Duncan grew up to become a horror icon. But when the sudden departure of the leading lady brings production of his latest film "Death Stalker" to a grinding halt, Jimmy's explosive rage results in a massacre with a higher body count than all of his films combined.

More likely to find a cult following than attract a wider audience.

There are no featured audience reviews yet. Click the link below to see what others say about Little Big Boy (Little Big Boy: The Rise and Fall of Jimmy Duncan)!