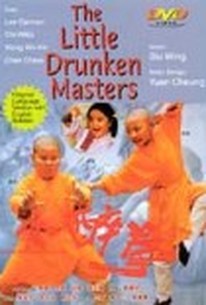 Increasingly desperate to seek out the Little Buddha lest he fall victim to a deadly disease, the Emperor soon finds the fact that the boy he seeks is hidden among the little monks of the Shaolin Temple the least of his worries. A deceptive tyrant who longs to become Emperor, King Fifth is making his way to the Shaolin Temple in hopes of killing the Little Buddha and claiming the throne for himself. Desperate to escape the evil King Fifth, the miniature monks embark on a series of wild adventures and even learn the art of the Drunken Fist! ~ Jason Buchanan, Rovi

There are no critic reviews yet for Little Drunken Masters. Keep checking Rotten Tomatoes for updates!

There are no featured reviews for Little Drunken Masters at this time.