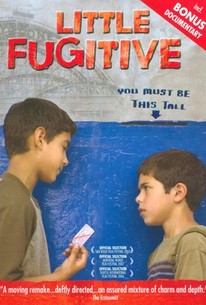 A seven year-old boy who believes he has killed his older brother flees to Coney Island in director Joanna Lipper's remake of the 1953 classic that Francois Truffaut once credited with sparking the French New Wave film movement. Young Lenny is about to turn twelve. Since their father is in prison and their mother works long hours at a nearby nursing home, Lenny and his younger brother Joey often spend long portions of the day unsupervised. In order to celebrate his birthday, Lenny and his friends make plans to ride the world famous Cyclone rollercoaster at the Coney Island amusement park. Joey too wants to ride the Cyclone, but he is too small and won't be permitted onboard even if he does tag along. When Joey defies Lenny's order to stay at home, the scheming older sibling concocts an elaborate prank in order to teach his insolent sibling a message. Much to Lenny's horror, however, the innocent prank goes frightfully awry and Joey now believes that he has killed his older brother. Realizing just how much trouble the terrified Joey could get himself into without proper supervision, Lenny soon sets out for Coney Island in a desperate quest to rescue him before events take a truly tragic turn.

Raquel Castro
as Destiny
View All

There are no critic reviews yet for Little Fugitive. Keep checking Rotten Tomatoes for updates!

There are no featured reviews for Little Fugitive at this time.