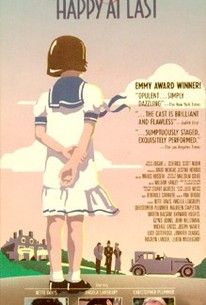 Little Gloria...Happy at Last is the two-part TV adaptation of Barbara Goldsmith's 1980 best-seller. The film concerns the true-life custody battle over the daughter of millionaire Reggie Vanderbilt (Christopher Plummer) and his "child bride," Gloria Morgan (Lucy Gutteridge). When the over-imbibing Reggie dies, Gloria enjoys the high life as a wealthy widow, leaving her daughter in the care of her sister-in-law, Gertrude Vanderbilt Whitney (chillingly portrayed by Angela Lansbury in her TV-movie debut). Gloria's personal income, predicated on the child's inheritance, is severely cut, whereupon Gloria sues the indomitable Vanderbilts for custody of her daughter. We won't tell you the outcome, but we can tell you that "Little Gloria," the ten-year-old focus of the custody fight, grew up to be the same Gloria Vanderbilt who went into the designer jeans business. Little Gloria...Happy at Last was originally telecast October 24 and 25, 1982.

There are no critic reviews yet for Little Gloria...Happy at Last. Keep checking Rotten Tomatoes for updates!

There are no featured reviews for Little Gloria...Happy at Last at this time.