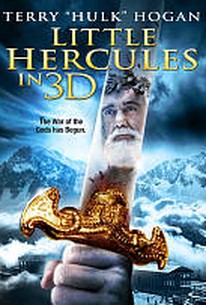 Terry 'Hulk' Hogan, Elliott Gould, Robin Givens and Judd Nelson co-star in this fantasy comedy that begins on Mt. Olympus, the home of the Greek gods. Twelve-year-old Hercules (Richard Sandrak), the son of Zeus (Hogan) decides to leave the mountain and visit 21st Century Burbank, California, to learn more about the day-to-day life of mortal man. This sets into motion a comedic culture clash of mythical proportions as the young god meets and interacts with various human characters.

There are no critic reviews yet for Little Hercules. Keep checking Rotten Tomatoes for updates!

There are no featured audience reviews yet. Click the link below to see what others say about Little Hercules!