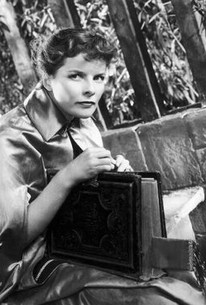 Based on the novel and play by James M. Barrie, The Little Minister turned out to be Katharine Hepburn's best vehicle since Little Women. John Beal plays the Reverend Gavin, the sobersided new cleric of a tiny Scottish village. Almost against his better judgment, Beal falls in love with Babbie (Hepburn), a feisty gypsy girl whom the villagers regard as a pariah. Thanks to this "unholy" alliance, the little minister is nearly run out of town, but when he is accidentally stabbed in a fracas, the townsfolk come to their senses. Previously filmed in 1921, The Little Minister was afforded sumptuous production values by RKO Radio (its elaborate Scottish-village set would later pop up in innumerable films, notably Laurel & Hardy's Bonnie Scotland), and benefits immeasurably from the spirited performances of all concerned. Alas, the film was too expensive to post a profit, and despite respectable business it ended up $9000 in the red.

May Beatty
as Maid

Byron Foulger
as Villager at Stabbing
View All

Critic Reviews for The Little Minister

It was the Hollywood touch turning up unluckily at the last moment, and even Katharine Hepburn couldn't make it seem quite right or very moving.

Audience Reviews for The Little Minister

There are no featured audience reviews yet. Click the link below to see what others say about The Little Minister!