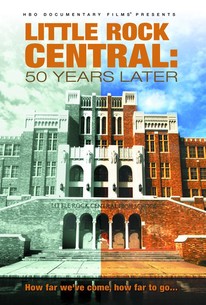 The events that transpired at Little Rock Central High School in Little Rock, Arkansas, in September 1957 not only set a key and vital precedent for civil rights in the United States, but permanently altered the sociocultural landscape of postwar America. Late that month, Governor Orval Faubus unsuccessfully attempted to block the entrance of several African American students into the school, only to meet an unstoppable tide of resistance from President Dwight D. Eisenhower and the 101st Airborne Division of the U.S. Army. But what subsequently became of Little Rock Central High? For the 2007 documentary Little Rock High: 50 Years Later, documentarists Brent Renaud and Craig Renaud hearken back to the pivotal institution and commemorate the 50th anniversary of the Little Rock Crisis, by cross sectioning the school's current racial makeup, student attitudes, administration and policies. The filmmakers thus reveal the outstanding social progress eked out by the school, even as they unveil related challenges that still confront students and faculty members.

While some people, both black and white, talk of outright racism, the Renauds find far more subtle and insidious forces at work that can't quite be pinned down to actual bigotry on anyone's part.

There are no featured reviews for Little Rock Central: 50 Years Later at this time.