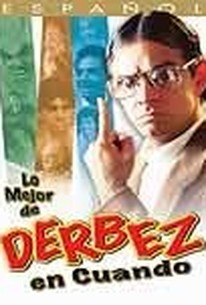 Comic genius Eugenio Derbez stars in this collection of the most beloved characters and skits from his hilarious sketch comedy series, one of the most popular Latin American shows of its time. The show also stars Sylvia Derbez, Sylvia Eugenia, Aislinn Derbez, Vadhir Derbez, Consuelo Duval, Andrea Legarreta, Adela Micha, Chuti Rodriguez, José Elias Moreno and many others. Extras include bloopers and outtakes. This DVD is only available in Spanish.

There are no critic reviews yet for Lo Mejor de Derbez En Cuando. Keep checking Rotten Tomatoes for updates!

There are no featured reviews for Lo Mejor de Derbez En Cuando at this time.