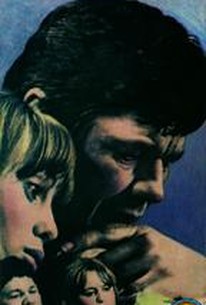 A couple tries to hold their relationship together despite the twenty-three year gap in their ages in this romantic comedy/drama. Scott Wardman (Charles Bronson) is an 39-year-old American author living in England who supports himself by writing pornographic novels. Scott meets Twinky (Susan George), an attractive young woman who tells him she's almost 20. Scott quickly falls for her beauty and charm, but he discovers her definition of "almost" is looser than that of most people -- it seems Twinky is only 16 years old. In a moment of romantic impulse, Scott and Twinky travel to Scotland and get married, but Twinky's parents are less than enthusiastic when they hear the news. Scott soon brings his new bride to New York City to meet his friends, and while they're not as upset, they have a hard time believing this is true love, especially after the differences in Scott and Twinky's ages become increasingly apparent. Lola (also released as Twinky) was an early film credit for director Richard Donner, who at the time was still best known for his work in television. ~ Mark Deming, Rovi

There are no critic reviews yet for Lola (Twinky). Keep checking Rotten Tomatoes for updates!

I was expecting this movie to be more explicit than it was. It came out in a time when films were showing all kinds of odd behaviors, and this would be perfect for controversy. Instead it is simply a romance movie where the couple gets odd looks and they laugh. The ending was sadder than I expected too. Wasn't a great movie, but it's not horrible.