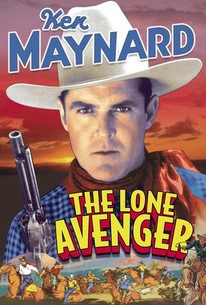 Ken Maynard goes undercover to prove that his father (Horace B. Carpenter), a bank president, did not commit suicide but was murdered in this routine Western from low-budget KBS Productions. Returning to his hometown of Mesa to find his father's death pronounced a suicide, Cal Weston (Maynard) is reunited with old friend Joel Winters (James Marcus) and his daughter, Ruth (Muriel Gordon), both of whom believe in Ken's theory of murder. Investigating, Ken learns that the bank's vice-president, Martin Carter (Niles Welch), has been cooking the books with the help of town bully Burl Adams (Al Bridge). But when his true identity is discovered by one of the gang members (William Norton Bailey), Carter and Adams turn the tables on Ken, who is in grave danger of being lynched by an irate citizenry. Happily, a vigilante committee that includes town rowdies Nip (Edward Brady) and Tuck (Charles King) believes in his innocence and the true culprits are made to confess. ~ Hans J. Wollstein, Rovi

Fern Emmett
as townswoman
View All

There are no critic reviews yet for Lone Avenger. Keep checking Rotten Tomatoes for updates!

There are no featured reviews for Lone Avenger at this time.