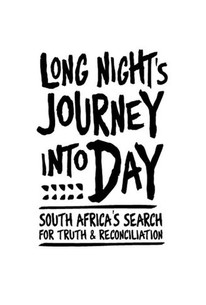 This documentary examines the workings of the South African Truth and Reconciliation Commission (TRC), established after the end of apartheid for wrongdoers to confess their transgressions to the families of their victims. It follows several cases that the group has monitored, including those of a white police officer who meets the families of the Craddock Four, black activists who died at his hands, and the parents of a white American exchange student who encounter the black man who killed their daughter. Long Night's Journey Into Day was directed by Frances Reid, who earned an Oscar nomination for her short subject Straight From the Heart, and Deborah Hoffman, an Oscar nominee for Complaints of a Dutiful Daughter.

Martha Henry gives even the transcendent Katharine Hepburn a run for her money in the dope-addicted sweepstakes. A painful pleasure.

Not merely affecting and illuminating; it concludes on a note of hope.

As they demonstrated in their previous collaborations ... Reid and Hoffmann tackle controversial issues with passion and conviction.

Refreshingly free of the high-mindedness that plagues so many well-meaning documentaries.

Spare, direct, and devastatingly effective, the film puts fuzzy, big-word concepts like absolution and redemption into an agonizingly vivid context.

You Should Pay Nine Bucks to See This If: Because you're not going to learn about this stuff from the evening news.

Long Night's Journey Into Day succeeds in providing chilling glimpses into the horrors of apartheid.

Like the reconciliation process itself, it is both painful and rewarding to see.

A beautiful and often disturbing reflection on the nature of truth and forgiveness.

Apartheid has been the subject of several documentaries and fiction films, most of them quite effective. But none has taken the troubling approach of Long Night's Journey Into Day.

There are no featured audience reviews yet. Click the link below to see what others say about Long Night's Journey into Day!