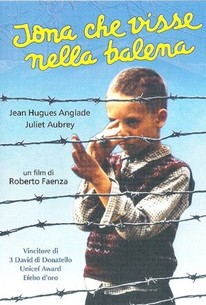 Look To The Sky Photos

Fuzzy memories of Anne Frank's diary sometimes cause people to forget that at the height of World War II, Nazi-occupied Amsterdam was not a safe haven for Jews. While many people in the Netherlands and elsewhere risked their lives to protect them, a great many more enthusiastically assisted the Nazis in mistreating them. This children's drama is based on the autobiographical book Kinderjaren by Jonah Oberski. Beginning with his recollections as a four-year old boy, he witnesses the increasing isolation and persecution of his Jewish family living in Amsterdam, until finally they are rounded up and sent to an internment camp. There, while his mother goes mad and his father grows increasingly ill, he is unwittingly drawn to become a member of the group of boys that help with the running of the camp. Jonah is played by two boys: Luke Petterson plays him as a young boy, and Jenner Del Vecchio plays him as an adolescent.

Critic Reviews for Look To The Sky

There are no critic reviews yet for Look To The Sky. Keep checking Rotten Tomatoes for updates!

There are no featured reviews for Look To The Sky at this time.

Look To The Sky Quotes