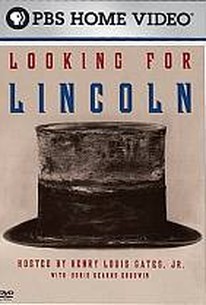 For more than a century, Abraham Lincoln's life and political legacy have captured the American imagination--everything from his childhood to his assassination has been studied, re-enacted, and mythologized. This in-depth PBS special, hosted by Henry Louis Gates Jr., separates fact from fiction in a variety of arenas, including Lincoln's sexuality, his position on slavery and equality, and his reported bouts with depression.

Critic Reviews for Looking for Lincoln

A worthwhile bio-pic which belatedly knocks an American icon undeserving of secular sainthood off his lofty pedestal.

There are no featured reviews for Looking for Lincoln at this time.