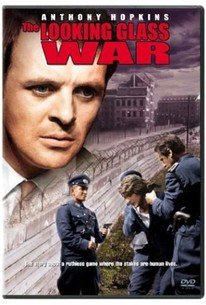 In this Cold War espionage-thriller, adapted from the novel of John Le Carre, two veteran British intelligence operatives, Leclerc (Ralph Richardson) and Haldane (Paul Rogers), recruit a young Polish defector (Christopher Jones) to check on some missiles in East Germany. Avery (Anthony Hopkins) is the British agent assigned to help him to cross the East German border. Once behind the Iron Curtain, the recruit meets a sympathetic German girl (Pia Degermark) who tries to help him to evade the East German secret police and to complete his assignment. ~ Yuri German, Rovi

Pia Degermark
as The Girl

Angela Down
as Chelsea Girl

...smarter than your average spy movie...

They feel like real le Carré, people, even though this sympathetic, hard- pressed movie is never really enough of a le Carré, film.

There are no featured audience reviews yet. Click the link below to see what others say about The Looking Glass War!