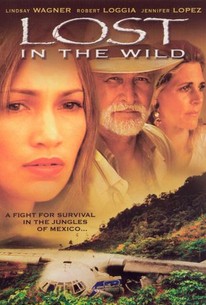 The true story of a fight for survival after a plane crash is told in this made-for-television movie. While on the way to a remote Mexican town to set up a clinic, a plane carrying a group of doctors and student nurses crashes in the jungle. With some severely injured passengers and no supplies, the rescue effort becomes a race against time -- and political red-tape -- to get the injured to a nearby runway for evacuation.

Jay Patterson
as Graham
View All

Critic Reviews for Lost in the Wild

There are no critic reviews yet for Lost in the Wild. Keep checking Rotten Tomatoes for updates!

There are no featured reviews for Lost in the Wild at this time.

Lost in the Wild Quotes