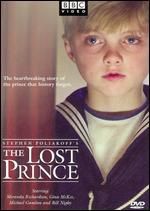 Johann M
½ March 31, 2018
A movie about the early 20th century, in which the Royal Family suffers the loss of King Edward VII and his successors King George V and Queen Mary have to deal with his youngest son Prince John, who has epilepsy and learning disabilities, as well as the entire First World War conflict and the loss of the House of Romanov, the Royal Family of Russia, who were all tragically murdered by the Bolsheviks.

Facebook U
January 22, 2017
Somewhat touching story of the prince that lived a short life. Epilepsy kept him out of the family business and he had trouble learning and following. Meh, we play with the cards we are given (although inbreeding spoils the hand) and prince or not, it can be difficult. However, the prince was certainly as spoiled as can possibly be. The film epoch is very well recreated and we can witness the historic events unfolding related to the royal family. This in itself is worth the watch.

Serge L
January 22, 2017
Somewhat touching story of the prince that lived a short life. Epilepsy kept him out of the family business and he had trouble learning and following. Meh, we play with the cards we are given (although inbreeding spoils the hand) and prince or not, it can be difficult. However, the prince was certainly as spoiled as can possibly be. The film epoch is very well recreated and we can witness the historic events unfolding related to the royal family. This in itself is worth the watch.

Super Reviewer
Cynthia S
½ September 9, 2013
Oh that BBC! Another wonderful production. Moving. Inspiring. All around really well done biodrama. Tissues a must by the time it all wraps up...

Erin W
August 12, 2012
Excellent miniseries by BBC, enjoyed every minute interesting no critics have reviewed this. It focused on the early years of George VI (Bertie) and filled in the gaps that The Kings Speech left out except his courtship. It even touched on the Romanov's assassination and the guilt George V felt after he discovered they where murdered. He had withdrawn the offer for asylum and was the Romanov's only chance of escape his decision sealed their fate. I liked how the film captures the relationship between the young Prince John and George. It also lightly touched on the reason why George developed his stammer and the great fear he felt towards his father during his rages. Interesting though that the Kings Speech never even referenced Prince Johns death or made a reference about him as Georges youngest sibling, this miniseries seems to indicate that the siblings where very close and spent more time together. I really wish historians knew more about this prince as he does seem quite the mystery and is one of the most interesting members of the windsor family.

James C
June 4, 2011
Sad story about the youngest son of King George V who was shut away from the family and public life due to his having epilepsy. Great performances by Miranda Richardson (as Queen Mary) and Gina McKee (as Lalla, his caretaker/nursemaid). Smart writing and solid direction from Stephen Poliakoff. Beautiful production is also aided by a wonderful score by Adrian Johnston.

Sue B
½ March 9, 2011
A fascinating look at the early Windsors in a time before and during WWI. And epilepsy was the great "no see". The director made the movie more interesting by bringing in the results of the Great War, and the connection of all those royal houses throughout Europe.

Denise H
June 16, 2010
A poignant film about Prince John...the youngest child of King George V (England) and Queen Mary. John suffered from epilepsy (and probably autism) and was kept out of the public eye. Raised by his nanny (nicknamed "Lalla"), he was sent to live in the country along with a limited staff. Miranda Richardson played his mother with Tom Hollander as his father, the king. As the world edged into WWI, his parents become heavily involved in worldly matters and spent less and less time with him. He became almost an embarrassment to them. Only Lalla is there for him, loves him and fights to keep him out of an institution.

A good film that proves that even those with wealth and power can have their own, all too human, problems.

Lauren W
December 9, 2009
A bit long, but it needed to be. It was well cast. I didn't even recognize Tom Hollander at first. Bill Nighy was probably my favorite performance. It was fascinating to learn some of the inner details of the time and family. Johnny's character was adorable. The relationships between him and Lalla and him and his brother George were touching. Johnny's recital brought tears to my eyes, as did the end of the film. For anyone not familiar with the story of this prince, like I was, watch out for the sad ending.

Amanda M
May 13, 2009
Ouch, i watch it for my observation class, and im the clock-counting of my group observation so i didnt put much attention to the story,hehe..But i like Georgie! He's charming!

Silvia O
½ April 4, 2009
Just about the most boring thing I ever had the misfortune of seeing. For god's sake, Poliakoff, stop wasting my favourite actors on your self-indulgent crap!

Fiona N
½ December 9, 2008
at some points I worried about Lalla cos she's crossing the line so much. The end of the Tsar family was shocking too. I didn't really like it at the beginning but the story picks up the pace when the prime minister/cabinet started to show.

Mary B
October 21, 2008
This movie was fantastic! I loved it. It had such a great story. I cry everytime I see it.

A M
October 12, 2008
This is the 3rd Poliakoff film I've seen. What's just as good as his films are his DVD extras regarding the setting of his stories. So, when you watch one of his films, and if there are extras available to watch, watch them.

This film gives a compelling look into the life, reign and family of George V, his wife Mary and their sons Georgie and Johnnie. Johnnie's not been a prominent figure in British regal history. He had epilepsy and a few other difficulties to cope with.

Johnnie was raised apart from his family and Georgie was shipped off to naval academy. At the NA, Georgie was subjected to what can only amount to rigors as dubious as one might find in a Dickensian novel. Hence, Georgie was absolutely miserable there.

Their parents, Mary and George, couldn't have much to do with the boys once WWI commenced. At one point in the film, Georgie manages to obtain 2 minutes alone with his father to ask him for a transfer from the Naval Academy. His father goes into a rant about being unable to have time for any of this. He didn't have enough time. He could only focus on the war.

The stress and wear of the war are depicted marvelously well by Miranda Richardson and Tom Hollander. Miranda's Mary dithers over the cataloging of their household possessions while George nervously ruminates over whether or not to give his cousin the Tsar refuge in the UK.

This movie is elegaic, sad and tragic. It's about a family that can't be quite a family due to it's role in the British aristocracy, the onset of Bolshevik Revolution and WWI.

One fascinating historic fact I never knew until watching this film was that the King, the Kaiser and the Tsar were cousins. They corresponded heavily with each other prior to the war's break-out. They didn't want the war. Unfortunately, Bismarck's series of treaties made in the late 19th century caught them all in a snare that ended in one of the worst, bloodiest wars of modern history.
Page 1 of 3