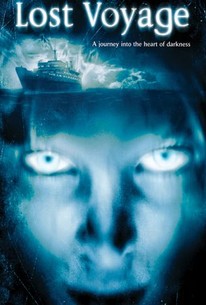 Decades after being mysteriously swallowed up in the bottomless belly of the Bermuda Triangle, the reappearance of the cruise ship Corona Queen leads to a terrifying journey into the unknown in this dark tale from filmmaker Christian McIntire. For years, Aaron Roberts (Judd Nelson) has been obsessed with the seemingly cursed waters of the Bermuda Triangle, and when the Corona Queen returns from a 25-year trip to the beyond, Roberts can't resist the chance to investigate the phenomenon firsthand. Disregarding a series of otherworldly warnings, Roberts soon teams up with paranormal investigators Dana Elway (Janet Gunn), David Shaw (Lance Henriksen), and a team of scientists to board the Corona Queen and search for clues as to its whereabouts for the last quarter of a century. Little do they realize that the Corona Queen seems to be taking on a life of her own, and the team is stepping directly into the belly of the beast.

There are no critic reviews yet for Lost Voyage. Keep checking Rotten Tomatoes for updates!

Made more sense than Ghost Ship, better than average made for TV film from Sci-fi channel. Once again, Sci-fi really needs to get the special effect up a notch.

Reminds me of Ghost Ship unlike Ghost Ship this is alot better I must admit.