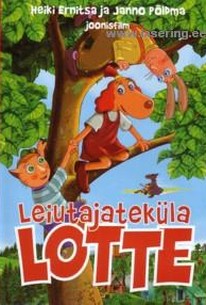 The family-oriented Estonian animated musical Leiutajateküla Lotte unfolds in an offbeat country village called Gadgetville. Inhabited by colorful animals, its denizens delight in concocting unusual inventions to save time and effort with daily tasks such as ironing. At the heart of it all stands Lotte, a female puppy dog whose father invariably wins the town's perennial gadget fair. As this year's fair unfolds, Lotte and her best friend, the cat Bruno, make a new acquaintance: a bee from Japan who promptly sets about teaching them the martial art of judo. ~ Nathan Southern, Rovi

There are no featured reviews for Lotte From Gadgetville (Leiutajateküla Lotte) at this time.