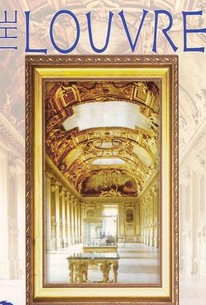 Actor Charles Boyer hosts of this overview of the extensive art collection located in the Louvre in Paris. Boyer manages to provide a highly personal touch to this tour of the art housed in part of this large palace in Paris. Viewers will learn all about how the Louvre stopped serving as a royal residence back when Louis VIV decided to move his court in 1682 to Versailles. The French first decided to use the Louvre as a public museum back in the 18th century. Though many major structural changes have been made to the grounds of the Louvre since this video was made, viewers can still learn all about the special art still housed here. Past treasures of French kings and other rulers, including paintings, pottery, mosaics and sculpture are among the many special displays awaiting visitors.

Critic Reviews for The Louvre

There are no critic reviews yet for The Louvre. Keep checking Rotten Tomatoes for updates!

There are no featured reviews for The Louvre at this time.