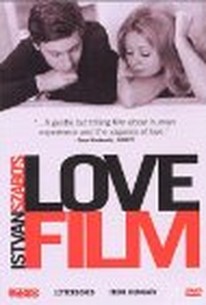 Childhood sweethearts are reunited in France after they are separated during the 1956 Russian invasion of Hungary. Jansci (Andras Balint) boards a train bound for Paris to see Kata (Judit Halasz), who fled during the conflict. He recalls his past during the trip as he remembers the dead and the people like Kata who were forced to leave. The two engage in a passionate love affair that joins them after many years and allows them to reckon with their past. They attend a party where more Hungarian expatriates discuss their recollections of the invasion. The two lovers are content to be reunited and heal the wounds of the past. They both end up married to other people but often visit each other in the years to follow in this triumphant story of survival and emotional healing. ~ Dan Pavlides, Rovi

There are no critic reviews yet for Love Film. Keep checking Rotten Tomatoes for updates!

There are no featured audience reviews yet. Click the link below to see what others say about Love Film!