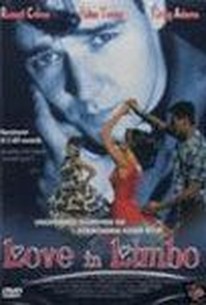 In Perth in 1957, teen-aged Ken seems like the nearest thing to an expert on sex that even his uncle (who was given the task of delivering a "birds-and-the-bees" speech to him) has seen. It goes without saying that he's never actually engaged in any sexual activity with a woman. His much vaunted exertise is based solely on his being very interested in the subject. He lives with his single mother and a twin sister, and goes to school until he is expelled for selling girlie pictures to his classmates. After that, he is put to work at his uncle's garment factory. He makes a bunch of pals, and while is mother is experiencing a romantic interlude of her own, the guys head off to find a whorehouse in a mining town so that the virgins of the group can surpass that obstacle, and the rest can have a bit of fun. They accomplish their objectives without much ado; in this case getting there is most of the fun. ~ Clarke Fountain, Rovi

Critic Reviews for Love in Limbo (Just One Night)

There are no critic reviews yet for Love in Limbo (Just One Night). Keep checking Rotten Tomatoes for updates!

There are no featured reviews for Love in Limbo (Just One Night) at this time.