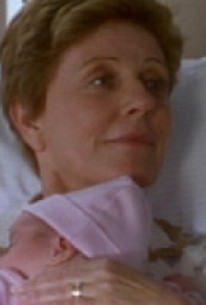 Based on Jill Gascoyne's novel Just Like a Woman, the made-for-TV Love Lessons stars Patty Duke and Ronny Cox as Sonya and Mick Andrews, a middle-aged married couple. Having long looked forward to an early retirement, followed by an idyllic round-the-world cruise, Mick is none too pleased when his 50-year-old wife Sonya unexpectedly announces that she is pregnant. As the couple wrestles with the decision whether or not to keep the baby, several other interested parties become involved in the debate, among them Mick and Sonya's estranged grown son. In a neat bit of stunt casting, New York mayor Rudy Giuliani's ex-wife Donna Hanover appears as Sonya's wise, all-knowing best friend, who dispenses endless advice about love and happiness. After making its CBS network debut on November 22, 2000, Love Lessons was released theatrically in Europe as A Time to Decide.

There are no critic reviews yet for Love Lessons. Keep checking Rotten Tomatoes for updates!

There are no featured reviews for Love Lessons at this time.